We are most grateful to all who support the mission of the Church in their day-to-day lives. The Christian Worker Recognition Award recognizes those who give witness to their faith in their civil employment. The award exhibits many ways in which our faith can be made evident outside of recognized church ministries and activities. 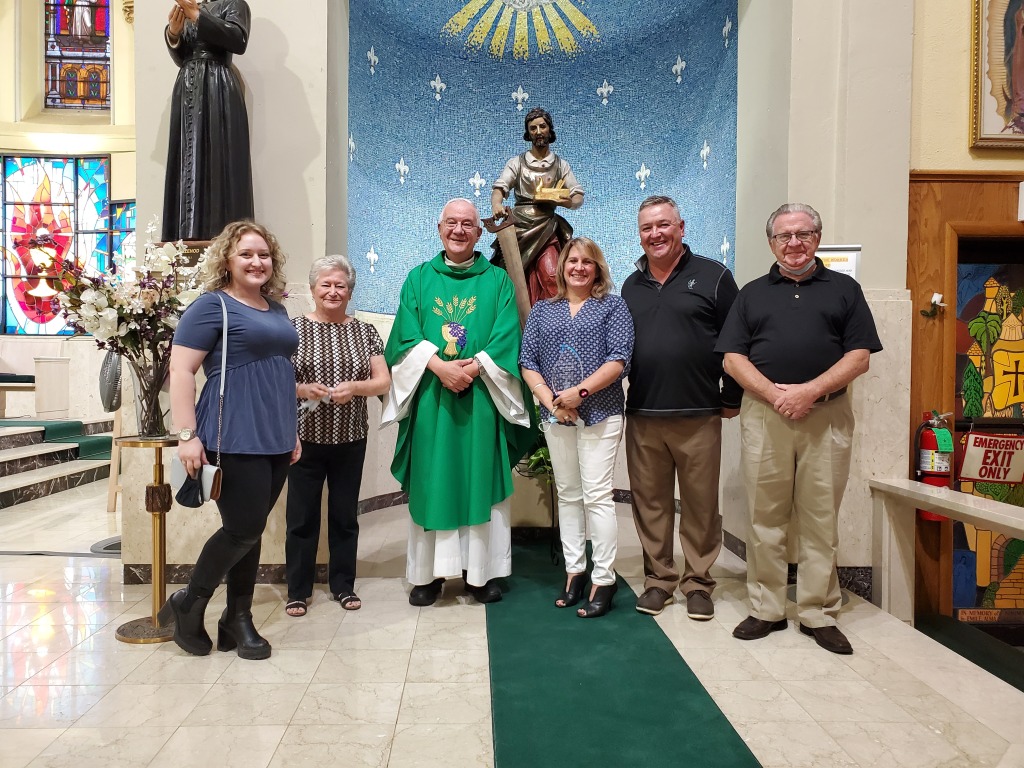 Donna went into nursing 34 years ago, and she has managed to balance her life as a nurse, wife and mother of five beautiful children in an exemplary way.  Donna embodies the criteria of a Christian worker who serves as a minister of God’s love within her community

Donna is currently a nurse manager at Lowell General Hospital Saints Campus.  During this year, she has been a critical care nurse in the ICU and now manages the Intermediate Care Department at Saints. During the past several months, Donna has managed over 65 medical professionals in the treatment and care of COVID-19 patients.  She has worked tirelessly seven days a week, sometimes 12 hours a day to bring special care to her patients.  When there were shortages on particular shifts, Donna would quietly cover as a care nurse, showing her dedication to her patients and her co-workers.  COVID-19 has presented many medical challenges as well as emotional stresses to the doctors, nurses and caregivers.  Donna has handled all of it with grace, and she approaches each day with a strong faith and a positive outlook.

Donna has been married to David Desmond for over 30 years. They are the proud parents of two grown daughters, Molly and Emily, and three mature boys, Thomas, Daniel and Jacob. Their oldest son, Daniel, is a non-verbal autistic child who has attended various special schools.  Donna and David have faced tremendous challenges with Daniel and as a family they have remained steadfast in their faith and love for God and for each other.  They have made sacrifices and adjustments at every turn, always doing what is best for their family’s future.  She has faced difficult challenges, yet she never makes excuses, never stops moving forward – she is courageous in her journey and continues to help others every day. 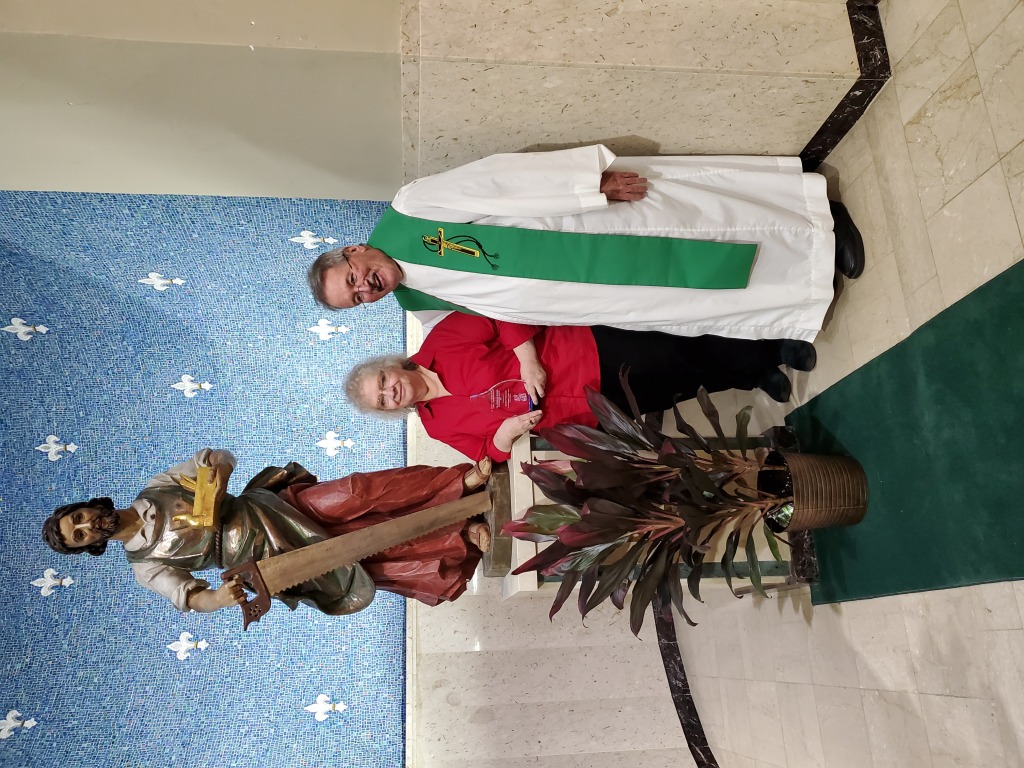 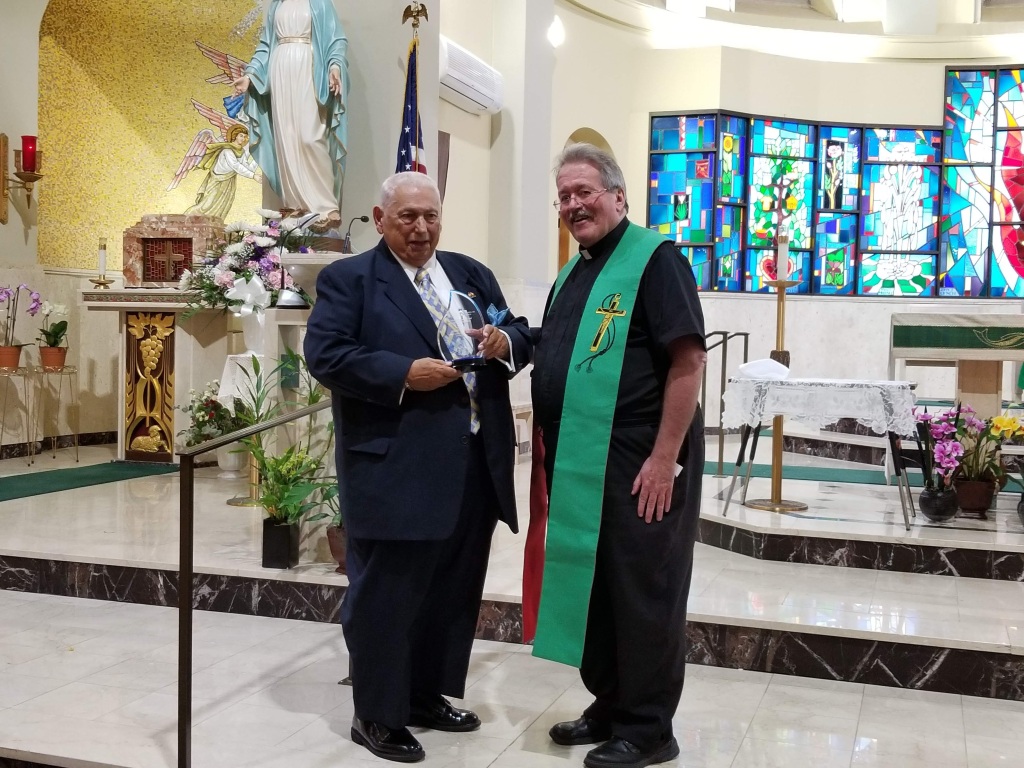 Albert is the devoted husband of Thérèse – this year, they will be celebrating their 59th wedding anniversary. Al is the loving father of 7 children and the doting grandfather to 11 grandchildren. He is a daily communicant who has made the Shrine his weekday church home – he extends himself in service of his fellow-worshipers here by serving as lector, server, and usher, as needs arise.

For 60 years, Al has been a successful and conscientious businessman and Notary Public headquartered in Dracut. He is a respected Certified Public Accountant who combines an Insurance Agency and a Real Estate Brokerage in the array of services offered to the public – to prevent these ledger-keeping tasks from dulling the spirit, Al also maintains a commercial garden center adjacent to his offices. He makes time to smell the roses!

In his younger and formative years, Al graduated from Keith Academy and Bentley College; he served his country in the National Guard for 9 years. His civic engagements over the years have included the Dracut Rotary Club, the Lafayette Club and the Friends of D’Youville. He served as Grand Knight of the Dracut Knights of Columbus and has been a driving force animating the Franco-American Day Committee – he was named the 1982 Franco American Man of the Year by that same organization.

In his spare time over the years he engaged in even more outreach into the community, he volunteered to serve as Treasurer of the Acre Model Neighborhood Organization; got involved with the St. Jean Baptiste Preservation Committee and served on the St. Joseph Elementary School board and its VIP 1,000 Club.

This multi-talented and civically involved man even acceded to the role of a super-sleuth at one point (this is the stuff of legend in these parts); when an iconic and long-revered statue of St. Jean Baptiste (the patron of French Canadians) mysteriously disappeared from its eponymous church building during a major transition, Al was the one to connect all the dots; he successfully retrieved it and restored it to an honored place in the French Canadian community of Lowell.

Kudos to this generous man of faith for his model involvement and living of Gospel values. 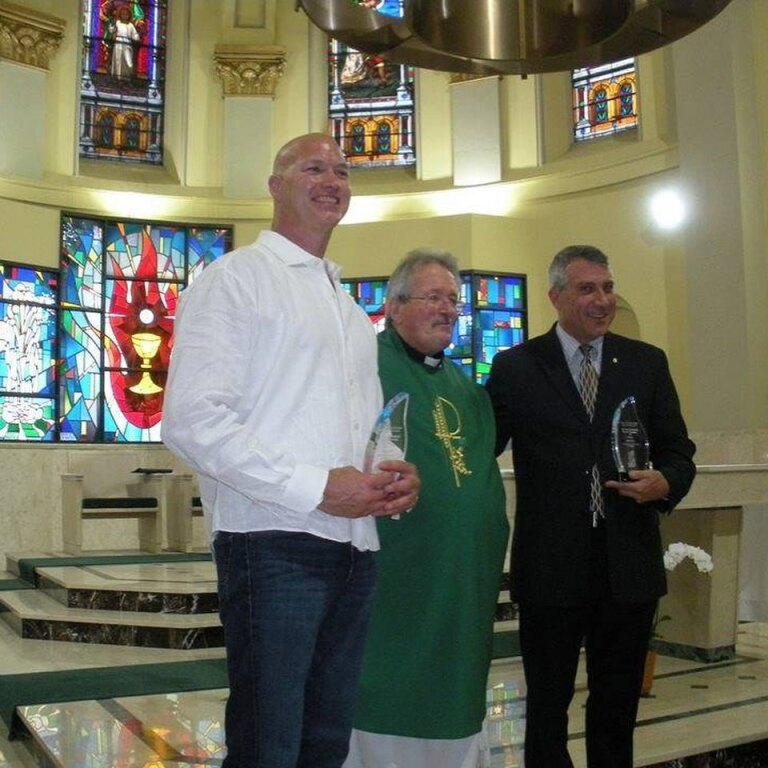 Kevin Roy is a deputy sheriff in Middlesex County – he is well known among all his peers for treating all offenders coming into the Sheriff’s Office with a great deal of respect – going out of his way to uphold their dignity.

Kevin is also highly involved in helping to preserve and foster his ethnic heritage – a “shaker and mover” in advancing the works of a standing committee that annually mounts a city-wide Franco-American week of festivities. He has served as president of this Committee and was named “Franco-American Man of the year” for 2017.

Kevin has volunteered his carpentry skills: single handedly restoring and refurbishing a series of outdoor enclosures housing the Fourteen Stations of the Cross that form part of a landmark Grotto in the City.

Kevin is heading his home parish’s Anniversary Committee (St. Andrew Parish in North Billerica), next year preparing its 150th anniversary – the parish was founded by Oblate Father Andre Garin who established the Oblate presence in this area of New England. Kevin counts his wife and 5 young children as the center of his life and yet manages to enthusiastically dedicate time and talent to church, work, and community. 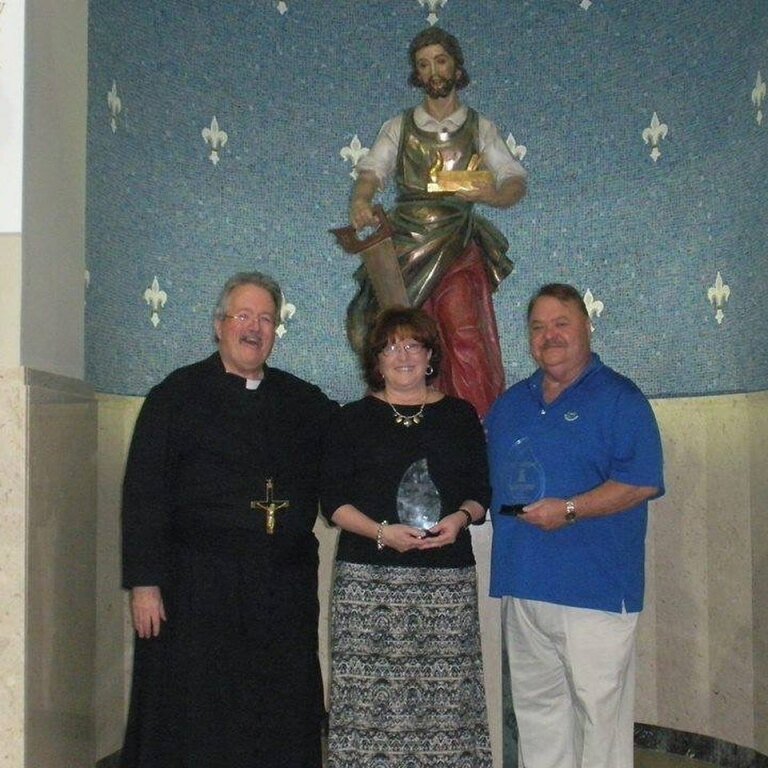