We who minister at the Shrine are committed to work collaboratively with one another and with you. Our aim is to provide a place of prayer, conscious reflection, and social action that is hospitable to and calls forth the gifts of all who come to the Shrine. We do this in the spirit of Jesus Christ and of Saint Eugene de Mazenod, founder of the Missionary Oblates of Mary Immaculate.

“Come to me all you who labor and are overburdened, and I will give you rest.”

View the current presentation displaying on the Fr. Terry O'Connell Memorial Digital Bulletin Board
located in our lobby by clicking on the image below. 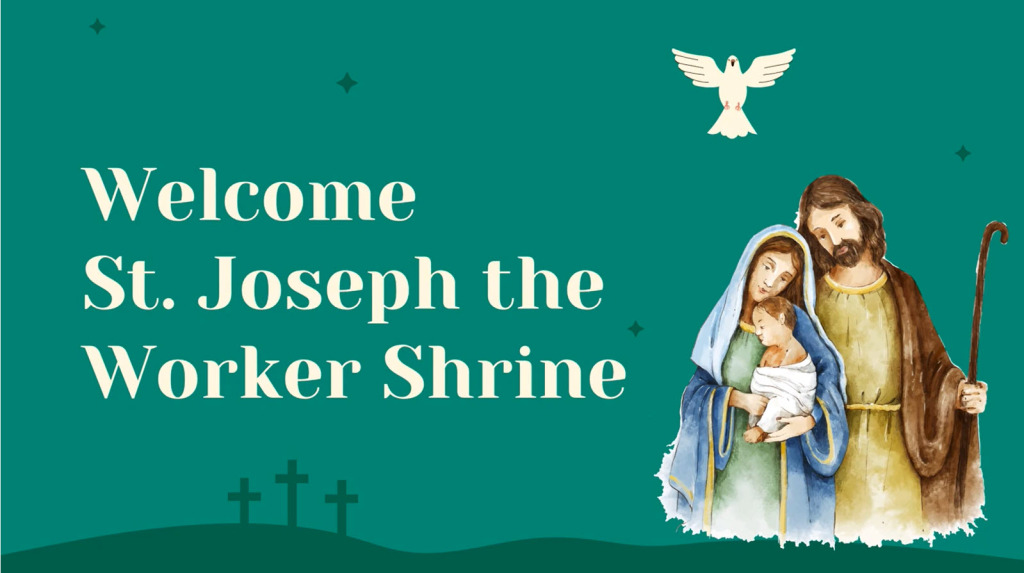 It was the evening of August 15, 1822. A discouraged Father Eugene de Mazenod knelt before a statue of Mary. Why was he disheartened? Not a few men, after joining the Oblates decided to leave. They did not like his quick temper and other of his ways of doing things. What began 7 years before (1816-the founding of the OMIs) now seemed doomed to failure.

St. Eugene was upset. All of his ideas, he figured, did not come from God. He was not following the Lord’s will. He was following ideas stemming from his own egoism. The Oblate mission, he figured, was more about him than about Christ. And then it happened. The eyes of the statue opened.

Mary’s head bowed slowly and a radiant smile filled her countenance. A moment later and it was all over.  Our Lady was happy with the Oblates. She smiled because St. Eugene was following God’s will. God was going to assist in the growth of the Oblates of Mary. We have placed this very statue over the altar of the Oblate House in Rome.

Mary taught St. Eugene to trust God, even in darkness. When I served Mexicans in south Texas, I frequently heard the word ‘oscuridad’  (Darkness-Obscurity). Often, we walk in obscurity.  So, tomorrow, 200 years to the day Our Lady smiled on St. Eugene, Mary will smile on us. What happened to the Founder of the Oblates was a gift. He needed that gift.

If Mary had not smiled on him, there would be no Shrine of St. Joseph the Worker. See how Our Lady rewarded the Founder’s faith. She will reward our faith.

The Assumption reminds us of what will happen to us when Christ returns.  He is the first born from the dead. Where he and his Mother have gone, we will follow. I remember you at Mass.

Pope Francis wrote a letter on the Mass. How can we respond to his words? I would like to increase the number of Holy Hours that we already have on Saturdays and First Fridays by adding a Holy Hour For Life at 4 PM on Monday August 22nd, and a Holy Hour for Vocations to the Oblates on August 29th at 4 PM.

In the Eastern Church, the Feast of the Dormition or ‘falling-asleep’ of the Theotokos is celebrated on the fifteenth of August, preceded by a two-week fast. This feast, which is also called the Assumption, commemorates the death, assumption and glorification of Christ’s mother. It proclaims that Mary has been “assumed” by God into the heavenly kingdom of Christ in the fullness of her spiritual and bodily existence.

Neither the tomb, nor death, could hold the Theotokos who is constant in prayer and whose intercession on our behalf is our firm hope. For being the Mother of Life, she was ushered into eternal life by the One who dwelt in her virginal womb (Kontakion).

We share this Feast with our Orthodox brothers and sisters. May the love of Mary bring us closer together to love Christ as one household of faith!

Note: This year the Feast of the Assumption falls on Monday and therefore, is not a Holy Day of Obligation. Masses for that day will be celebrated at 8 AM, Noon, and 5:30 PM.

We pray for small and medium sized businesses; in the midst of economic and social crisis, may they find ways to keep operating and serving their communities.

The array of flickering votive candles – those silent sentinels that extend our prayer before God in this holy sanctuary – is one of the most appreciated helps to our prayer and devotion here at the Shrine. The wax candles glow for 3 days before burning themselves out.

The candle offering remains at the same $3.00 each.  But again, recently we have noticed during many weeks that more candles are being lit than are accounted for in the donations deposited in the candle collection “posts.”

Please consider this a gentle reminder that the posted donation of $3.00 each for these wax candles isn’t arbitrary. Every effort should be made to deposit the requested amount for the number of candles you light.

Candles to take home are available for purchase in the Gift Shop/Bookstore. The votive candles in the Shrine candle stands should never be removed for that purpose

"Although they are few, the Oblate missionaries of Mary Immaculate (OMI) have courageously accepted the challenge of working to create a new ecclesiastical unit in Baluchistan, a vast, harsh and inhospitable desert area. I appreciate that you go to places where others have hesitated, committing yourselves to the growth of local communities, to the education and defense of the poor", Cardinal Koutts of Karachi stated on the 50th anniversary of the Oblate mission in Pakistan.

We now have 35 priests in Pakistan, 31 Pakistanis and 4 Sri Lankans. We are present in 6 of the 7 dioceses in Pakistan 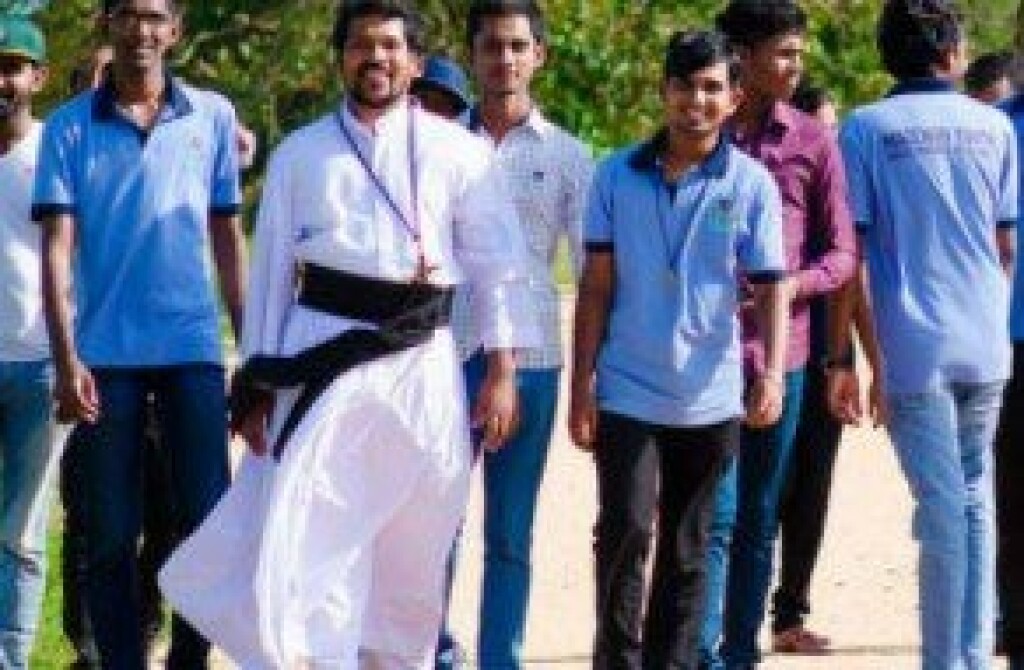 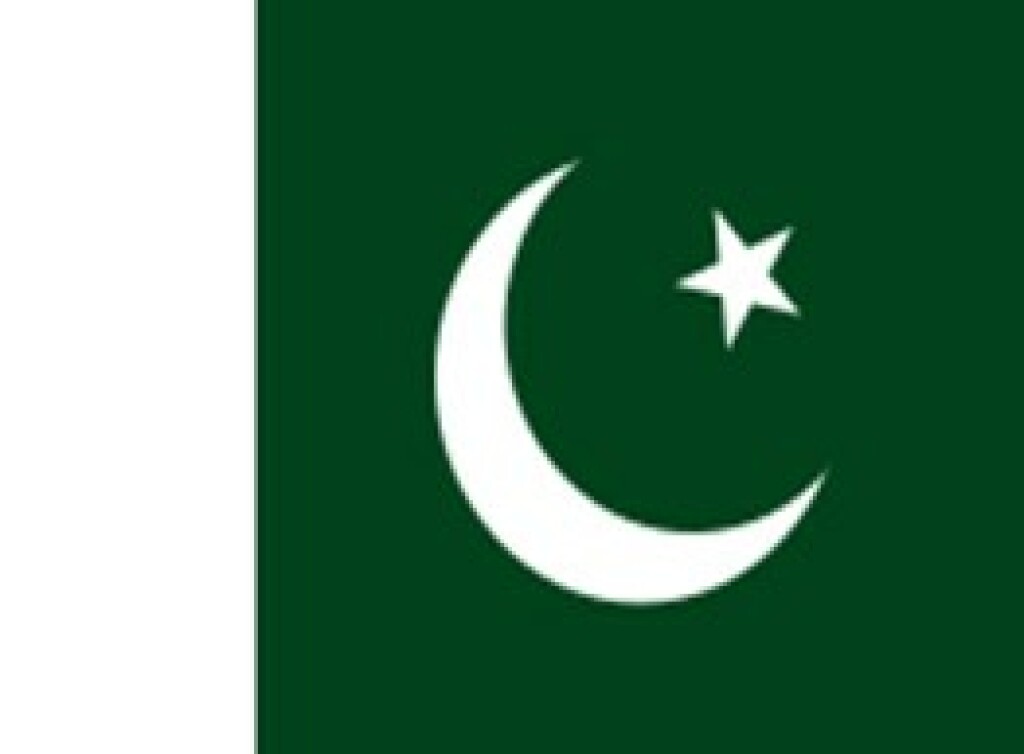 Please choose your donation amount. $5.00 is the standard donation per candle

Watch our 10:00 AM Sunday Mass Live on Facebook using this link

The Blessed Sacrament will be exposed for adoration on -

Prayer of Consecration of Russia and Ukraine to the Immaculate Heart of Mary.

Reserved seating is available for those who choose to mask
and/or keep social distancing;
**the center aisle blue arrows designate those reserved areas**